With a foreword by Alexander McCall Smith.

I’ve just published 9 Months in Tibet as an eBook. Get your copy here.

“A wacky, witty, off-the-cuff tale…Honest at all times, and without bravado or self-regard.” Country Life.

“One of the beautiful paradoxes of Nine Months in Tibet is that being such an amateur and reckless traveller makes Wolfe Murray an exemplary one.” The Herald.

“The book is a true story, set in 1986 and 1987, when Tibet was briefly open to independent travellers. It’s about looking for work on the roof of the world, rubbing along with annoying backpackers, adapting to a strange culture, trekking among nomads and yaks, riding a horse across Tibet, witnessing a violent protest of Buddhist monks against the Chinese police and getting expelled by the Chinese police.” Press and Journal.

“This is a fascinating and thoroughly engrossing tale of a strange time spent in a strange place. Like the best travel writing, it conveys just what it must have been like to have the adventure of a lifetime. We are there with Mr. Wolfe Murray, experiencing his discomfort and anxiety, but sharing, too, his insights.” From the foreword by Alexander McCall Smith

Get a signed and dedicated copy from the author 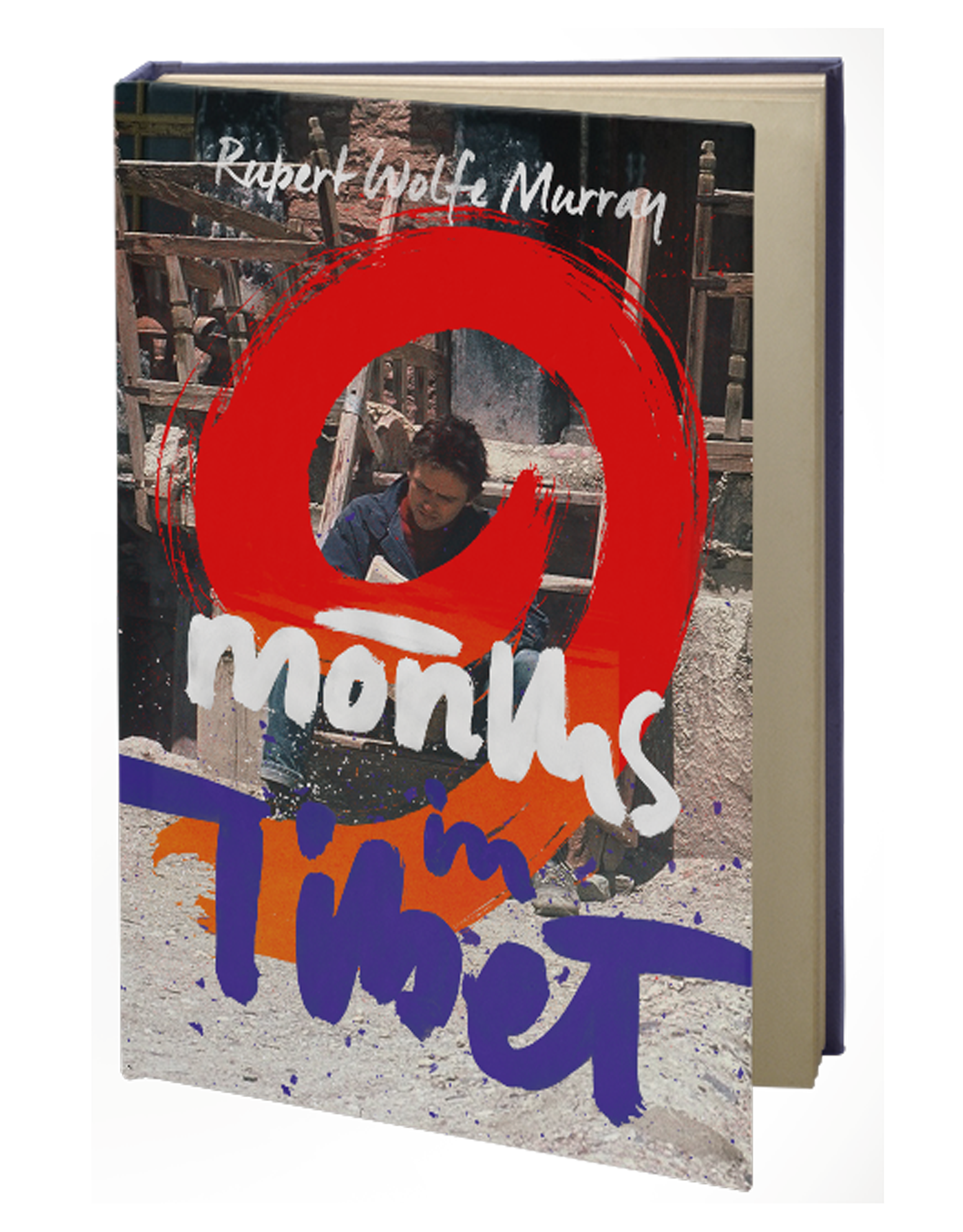 “I’ve had cause to justify using the cliché ‘I couldn’t put it down’ on very few occasions, and this is one of them. It really is unputdownable – a highly unlikely but irresistible combination of Robert Byron and Hunter S. Thompson.’ – Charles Ramble, Director of Studies in Tibetan History and Philology at the EPHE (Sorbonne), Paris.

“Wolfe-Murray’s trick is to deliver stunningly unusual observations deadpan…The descriptions of the rioting in Lhasa – which the author witnessed by accident and parlayed into his first outing as a foreign correspondent – are brilliant, particularly because he gives a compelling eyewitness account without putting his own dramatic experience of danger at the centre of things.” Kevin Sullivan

“This is an amazing book and I’m so glad the author lived to tell the tale… it felt like a miracle that he did!  It is an almost unbelievable story, consisting of a million almost unbelievable stories – utterly hilarious, or quirky, or hair-raising, or disturbing, and all of them memorable!  I find his no-nonsense style of telling very attractive.” Gabriella Bullock

“It reads well, with fine touches of humour and a refreshing absence of self-importance…The Tibet section catches well the atmosphere, the spirit, the significance of events at the time. The pen-portraits that he paints of people he met there are sharply drawn, catching our foibles and our dialogue very well. It works.” Robbie Barnett, Professor of Tibetan Studies, Columbia University, NYC.

“The tone of honesty I felt was important, unique and appealing. The admittance of not being any sort of clued-up pioneer into the unknown but rather an open minded curious man, tripping through an alien world and taking to it far easier than most others because everything comes at face value, without an encyclopedia-type knowledge of what everything was and therefore now should be. That leads people, as you well illustrated, to keep the world around at arms length, to glimpse it and see only those things that confirm their ‘knowledge’.” Eion Gibbs

“I really enjoyed the book and felt a great lightness and sense of freedom when reading it.” Brian Butler

Since its launch at the Belladrum rock festival in the Highlands of Scotland, Rupert has given talks at three bookshops, three schools, a pub and a book festival. Here is some feedback he got:

From The Edinburgh Reporter:

“Speaking to pupils at Edinburgh Steiner School, Rupert explains that what he’s interested in is independent travel. Not travel with your partner, not an ‘adventure’ organised by a well-insured company; independent travel means going it alone, travelling for months or even years, working as you go along. It means living from day to day, relying on your own resources, accepting whatever your journey brings. Rupert’s new book 9 Months in Tibet was originally called Hitching to Shanghai. He never got to Shanghai; did it matter? Not at all…

When travelling, Rupert has four guidelines: observe, absorb, adapt and work. He purposely does very little research before he sets off, believing that too much information keeps the world at arm’s length; preconceptions hamper clear vision.

‘I travel into the unknown’

Observing comes naturally to him – he finds everything fascinating, and has the good storyteller’s ability to make everything equally fascinating for his audience. Rupert says he writes books to stop himself boring his friends with stories about his travels, but if today’s talk is anything to go by, there’s little chance of that.”

From Reviewsphere (including a short video):

“After I finished reading 9 Months in Tibet I had a feeling of having lost something.

“It is structured so well. From the wide-eyed traveller finding his feet in foreign lands at the beginning to the unassuming mild-mannered chap unavoidably caught up in a dramatic and tumultuous political climax.”

“The book had me engrossed from the start, I couldn’t put it down!” by Michelle D. Harding, travel writer.